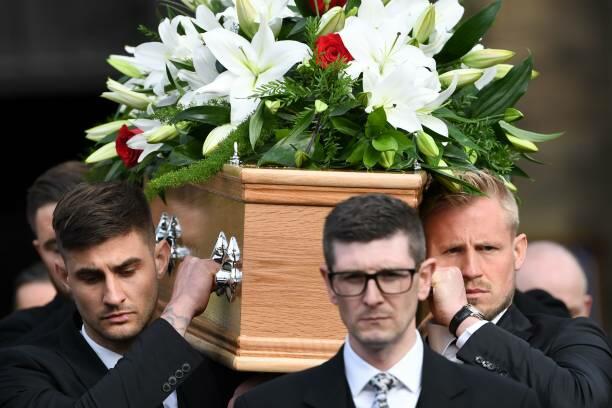 1. Slouching at your desk.

We know-when your boss is breathing down your neck, sitting up straight is the last thing on your mind, but making an effort is important, points out Bill Hartman, a physical therapist and co-owner of Indianapolis Fitness and Sports Training. "Sit with your hips as far back in the seat as possible and press your spine into the back of the seat when you notice yourself slouching," suggests Hartmann. And make sure to stand at least once an hour-maybe pop by a co-worker's desk to ask them a question rather than send an email-and periodically shift in your seat. "Most people tend to spend the majority of their time sitting on their right side, so shift your weight toward the left 'sit bone,' " suggests Hartman.

2. Diving into the office pizza.

Maybe it's a late night at work or a team member's birthday, but giving into those "special occasion" foods every time can be murder on your health and waistline, warns Heather Bauer, R.D., creator of Bestowed, a healthy snack subscription service, especially when those occasions happen nearly every day. "The best thing to do is be prepared," says Bauer. "Have something to keep your mouth busy and an excuse for when people ask why you're not joining in." Pop a piece of mint gum before you head to the conference room, and if anyone asks why you're not indulging, let them know you're going to a birthday dinner tonight. Also, try brushing your teeth or grabbing a cup of mint tea as soon as you get the "cupcakes in the conference room" email; the minty flavor will make you less tempted to dive in.

Hitting happy hour with the office crew or pouring a glass of red once the kids are finally in bed-these indulgences add up all too easily. A May 2014 study found that people underestimate how much they drank by 50 percent or more. Instead of ordering a second glass because everyone else is imbibing and you're still having fun, head to the bartender armed with a few nonalcoholic-but delicious-orders, suggests Bauer. For example, soda water with a splash of pineapple juice, or club soda with lime and a splash of grapefruit juice. They taste festive and will keep your cocktail count-and weight-down.

4. Grazing all day instead of sitting down for meals.

Two bites of your kid's leftover pancakes, a sugary coffee drink on your way to work, a quarter of a donut before a major morning meeting, and all of a sudden, you've eaten at least a quarter of your daily allotment of calories before you've even sat down for a proper meal. When you're busy and stressed, grazing seems more simple than actually planning a meal, but this strategy can backfire when you're trying to lose or maintain weight, says Bauer. Instead, have a few go-to breakfast and lunch options. They don't need to be fancy: Two hardboiled eggs, which you can make in a batch ahead of time, berries and whole grain toast works well as an on-the-go breakfast. For a satisfying lunch, make or pick up a protein-packed grilled chicken or light tuna salad. Having and sticking to a few easy-to-pull-together options that are rich in protein will keep you feeling full, help you consume fewer calories, and give your body more nutrition than simply eating whatever crosses your path. (We're talking to you, chocolate chip muffin.)

5. Having an occasional "social" cigarette.

Sorry, even one cigarette every two weeks is still hurting your health. According to research, even so-called light smoking carries an increased risk of cardiovascular disease. And while the jury is still out on the effects of electronic, or e-cigarettes, experts agree they're not the best swap, since doctors still don't know the effects of long-term usage. Get rid of any cigarettes in your house or purse, and let friends know you're trying to kick the habit so they won't mindlessly offer you a smoke when you're out on the town. Research shows that the more you prep for quitting-both by letting other people know about your plan and also creating strategies you'll employ when you face temptation, such as chewing a piece of gum as soon as the craving strikes-the more successful you'll be. So figure out your game plan and get creative-if asking your smoking pal to charge you $20 whenever you ask her for a light makes you kick the habit, then go for it!

6. Doing "just one more thing" before lights out.

Sure, you may be doing something productive while burning the midnight oil, but that may be at the expense of how you feel the next day. Most adults require a minimum of eight hours of sleep each night, so setting a bedtime-and sticking to it-is crucial, notes behavioral sleep specialist Shelby Freedman Harris, YouBeauty Sleep Expert. Still have a billion things on your to-do list? Write them down in order of priority, suggests Harris. "A lot of pressing issues become less urgent when you actually see them in order, on paper," she explains. And be honest: How many must be done by first thing tomorrow? Chances are, there are a few items that can be pushed to a later date or minimized to be less time-consuming. For example, does your first grader really need homemade cupcakes for her class party? Chances are, bakery-bought are fine, and your body will appreciate the extra hour or two of sleep the choice grants you.

7. Cuddling up to your iPad in bed.

Whether it's watching just one more episode of "Orange is the New Black" on your tablet or checking your texts under the covers, electronic devices can seriously screw up your sleep schedule, says Harris. "Screens emit a blue light, which reduces the amount of the sleep-inducing hormone melatonin in our brain," explains Harris. If you want to read or listen to music to unwind, do it old school with an actual book or magazine or listen to a CD player or the radio. Another point: "People think of sleep as an on-off switch, but it's more like a dimmer switch," says Harris. "Winding down with a soothing ritual, like a few stretches or writing in a journal, makes it easier to go to sleep than it would be if you were texting right before you turn off the lights."

Cracking open a can of diet soda or chugging a zero calorie energy drink may feel like a sweet treat in the moment, but it's not exactly healthy. Research has found that consuming artificial sweeteners may interfere with your metabolism, which could lead to health issues, including weight gain. Instead of automatically reaching for a can of the sweet stuff, first make sure you've got a bottle of water available since chances are, your desire for a drink primarily stems from dehydration. Second, experiment with tea options-they'll give you flavor and a little energy boost, minus the artificial sweeteners.